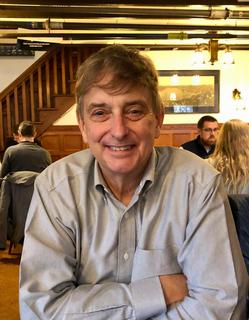 John Whittier Treat is Emeritus Professor at Yale University, where he was chair of both the Department of East Asian Languages and Literatures and the LGBT Studies Program. Treat has also taught at the University of Washington, Berkeley, Stanford, Texas, the University of Oslo, Seoul National University and Ewha Womans University. He is the author of Writing Ground Zero: Japanese Literature and the Atomic Bomb (Chicago, 1995), Great Mirrors Shattered: Homosexuality, Orientalism and Japan (Oxford, 1999) and a novel, The Rise and Fall of the Yellow House (Big Table Publishing Company, 2015), a finalist for the Lambda Literary Prize. His most recent book, The Rise of Fall of Modern Japanese Literature, was published in 2018 by the University of Chicago Press. Treat is the recipient of both the John Whitney Hall Prize in Japanese studies and the Christopher Hewitt Prize in fiction, as well as a Pushcart Prize nominee. He was a 2020 June Dodge Fellow at the Mineral School and a 2020 alumnus of Antioch University's MFA Program in Creative Writing. His new novel, First Consonants, is the story of a family of stutterers set in the Alaskan outback.

Here I read from the last chapter of my new novel, First Consonants.

The Rise and Fall of Modern Japanese Literature

"Treat has chosen Japanese literary landmarks that offer him fertile ground for an 'excavation' . . . of the social and economic forces at work on them." —New York Review of Books